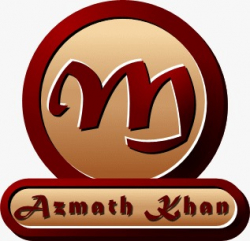 AZMATH KHAN
CO FOUNDER at Mauk Infosys
Author is regular writer at Mauk's Blog, He is an IT professional, Motivational Speaker, Personality Developer, who also writes for different IT Journals and Magazines under the pen name MAUK.
The author has written and self published nearly 10 books on IT Industry.

IoT software addresses its key areas of networking and action through platforms, embedded systems, partner systems, and middleware. These individual and master applications are responsible for data collection, device integration, real-time analytics, and application and process extension within the IoT network. They exploit integration with critical business systems (e.g., ordering systems, robotics, scheduling, and more) in the execution of related tasks.

This software manages sensing, measurements, light data filtering, light data security, and aggregation of data. It uses certain protocols to aid sensors in connecting with real-time, machine-to-machine networks. Then it collects data from multiple devices and distributes it in accordance with settings. It also works in reverse by distributing data over devices. The system eventually transmits all collected data to a central server.

Software supporting integration binds (dependent relationships) all system devices to create the body of the IoT system. It ensures the necessary cooperation and stable networking between devices. These applications are the defining software technology of the IoT network because without them, it is not an IoT system. They manage the various applications, protocols, and limitations of each device to allow communication.

These applications take data or input from various devices and convert it into viable actions or clear patterns for human analysis. They analyze information based on various settings and designs in order to perform automation-related tasks or provide the data required by industry.

These applications extend the reach of existing systems and software to allow a wider, more effective system. They integrate predefined devices for specific purposes such as allowing certain mobile devices or engineering instruments access. It supports improved productivity and more accurate data collection.

This technology supports the low-power, long-use need of IoT function while exploiting a standard technology with native support across systems.

This technology replaces the most power hungry aspect of an IoT system. Though sensors and other elements can power down over long periods, communication links (i.e., wireless) must remain in listening mode. Low-energy wireless not only reduces consumption, but also extends the life of the device through less use.

ZigBee, Z-Wave, and Thread are radio protocols for creating low-rate private area networks. These technologies are low-power, but offer high throughput unlike many similar options. This increases the power of small local device networks without the typical costs.

LTE-A, or LTE Advanced, delivers an important upgrade to LTE technology by increasing not only its coverage, but also reducing its latency and raising its throughput. It gives IoT a tremendous power through expanding its range, with its most significant applications being vehicle, UAV, and similar communication.

This site uses Akismet to reduce spam. Learn how your comment data is processed.